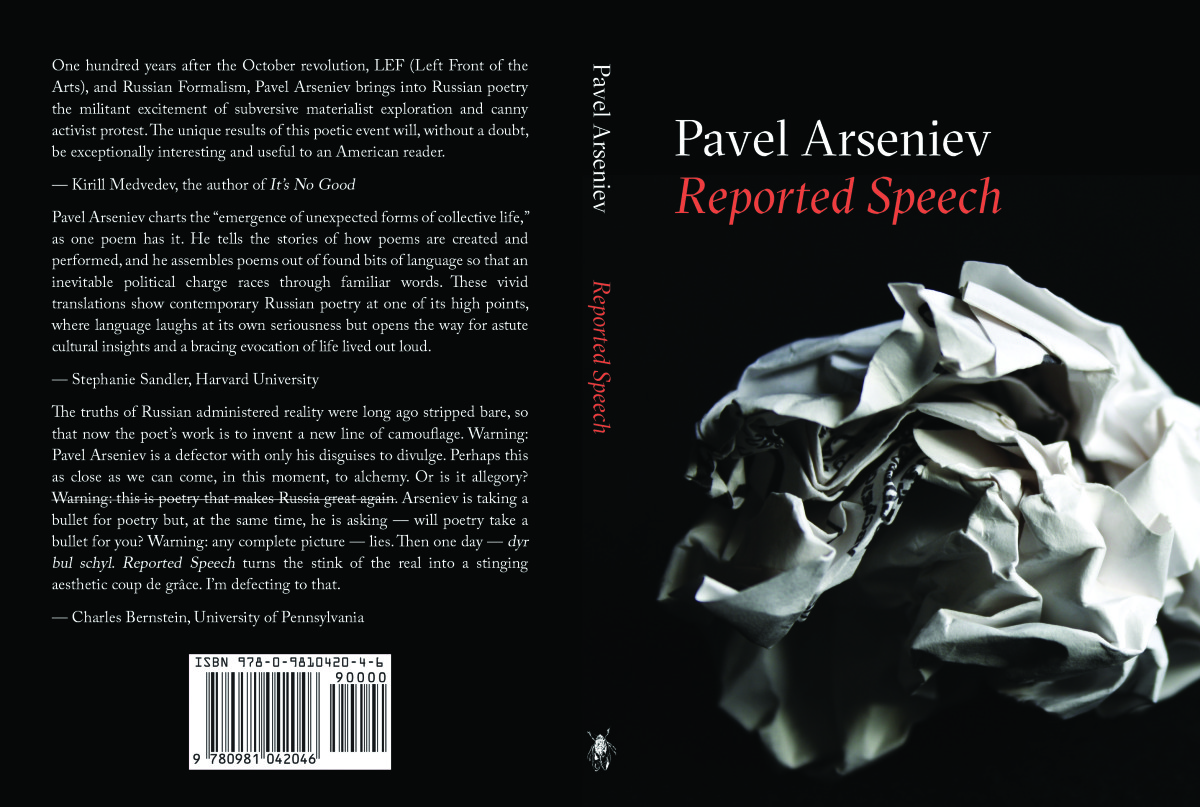 From its very first pages, Pavel Arseniev’s Reported Speechshows itself to be true to its title; the opening poem’s epigraph comes to us, we are told, from an “Instruction in the platzkart train car” (15). This is only the beginning of a journey through a trail of words found, mixed and transmitted from various source texts. The poems represent “reported speech” in the sense that they are inspired by found texts, by language encountered on the streets, in police stations, rail cars, courtrooms, newspapers, books, personal correspondence, nationalist political screeds, and writing on social media and the internet. The poet appropriates, organizes, shuffles and shapes the material of the political world, which is everywhere, for everything is political.Pavel Arseniev is part of a group of contemporary Leftist poets developing new modes of resistance and protest through literary production. Arseniev’s unabashedly political project rejects any view of art and art institutions as motivated by a search for the next singular voice of creative genius.  Rather, his creative practice seeks to dismantle the idea of poetry as narcissistic, individualistic self-expression and instead aims to capture and convey aspects of human social experience in the world through the multifaceted voices of the collective.
His larger creative project is to facilitate the dissemination of socially engaged and marginalized speech and, in some ways, to continue the legacy of the Russian avant garde and factographic movements of the 1920s. Arseniev also sees his mission in part as working to fill a void left in the wake of the collapse of samizdatculture of the 1970s.